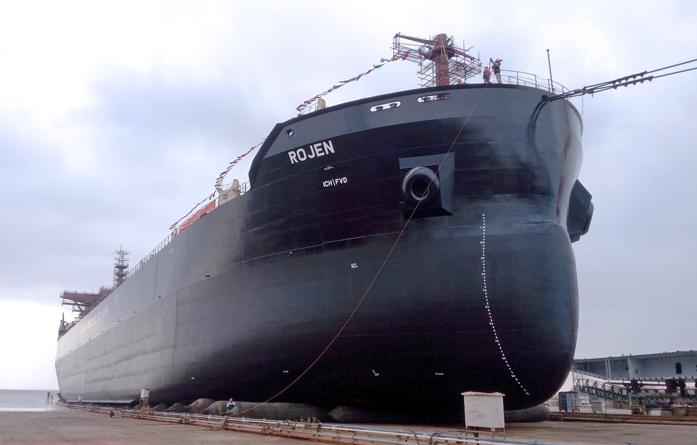 The 42,300-ton bulk carrier is to be named „Rojen“ and is the third ship from a series of 4 new modern ships under the Bluetech 42 Project.

The first two ships of the series: „Ruen“ and „Rila“ have already achieved very high levels of performance and practically demonstrate the benefits of the new energy-efficient and eco-friendly design specifically developed by the Finnish company Foreship by the order of Navigation Maritime Bulgare.

The finishing works on „Rojen“ are expected to be completed in May this year, when the flag-raising ceremony will be held. The next, fourth vessel of the series, will be named „Musala“.

Thus, Navigation Maritime Bulgare continues the tradition of naming its new ships according to which bulk carriers are named after Bulgarian mountains and mountain peaks.