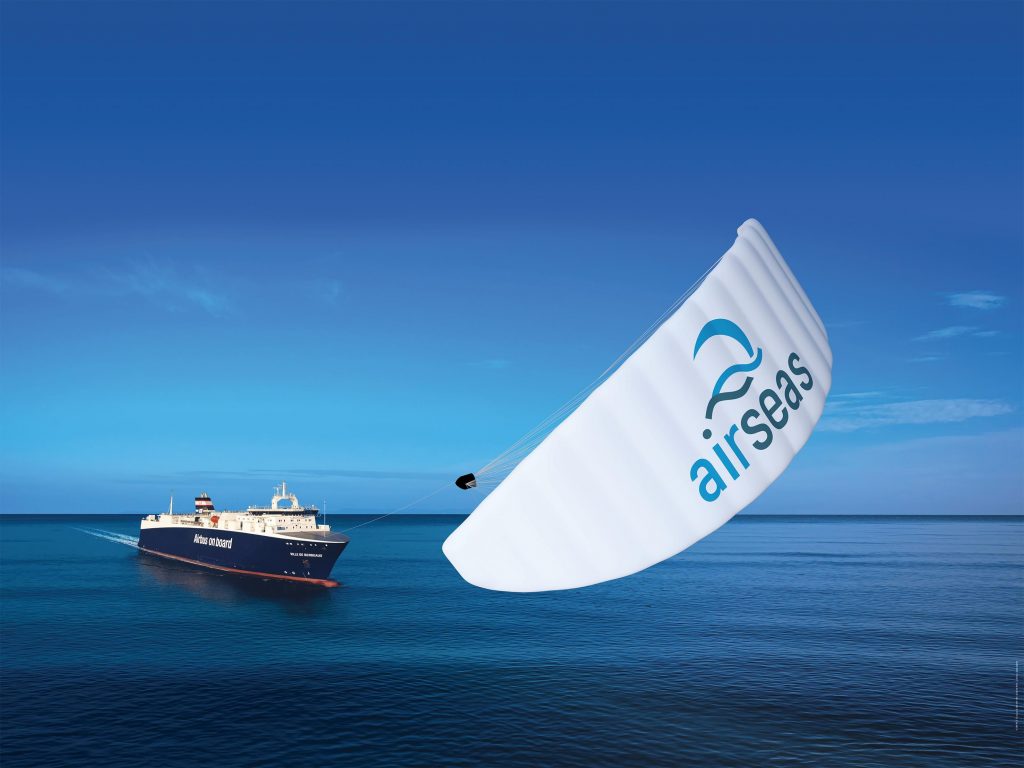 Airbus’ slogan, “We make it fly,” has taken an entirely new meaning with the application of its aeronautical expertise for an innovation that could revolutionize the maritime transport industry.

The SeaWing automated kite, which employs parafoil technology to tow large commercial ships, was developed by a team of environmentally-engaged Airbus engineers. By using the kite to help propel large vessels, SeaWing is expected to provide a 20 percent improvement in fuel economy while also reducing emissions.

When mounted on a vessel, SeaWing can be launched by the simple activation of a switch. The kite deploys, unfurls and operates autonomously; with its system collecting and analysing meteorological and oceanic data in real-time to optimise performance while ensuring maximum safety. When the towing effect is no longer required, SeaWing automatically refolds and is recovered – ready for its next utilisation.

SeaWing was developed by AirSeas, a small Airbus startup that brings together environmentally-engaged company engineers with a common passion for aeronautics and the sea. AirSeas combines maritime expertise with the best Airbus has to offer in terms of aerodynamics, modelling, flight controls, systems and materials.

The SeaWing concept has now come full circle – as Airbus has ordered the kite for use on the company’s own roll-on/roll-off (ro-ro) ships that transport large aircraft parts among its production sites in Europe and to the U.S. In addition to lowering shipping costs by the targeted 20 percent, SeaWing is expected to reduce Airbus’ overall industrial environmental footprint by 8,000 tons of CO2 per year.

“We are very proud that Airbus has confirmed its confidence in the SeaWing system after seeing our test results first-hand on their own ship,” explained CEO and founder Vincent Bernatets, who previously worked at Airbus in managerial, marketing, after-sales and business development positions. “This first ro-ro vessel installation opens the way for further pioneering deals on container ships, bulk freighters and ferries.”

SeaWing has been designed for a rapid integration on almost all commercial ships in operation today, with its simple and modular nature enabling the installation during a regular stopover at a port of call.