There were a total of 113 ships broken in the third quarter of 2018. Of these, 79 ships were sold to the beaches of South Asia for dirty and dangerous breaking [1]. Between July and September, three workers have lost their lives when breaking ships in Alang, India. So far this year, Platform sources have recorded 24 deaths and 9 injuries in South Asia. 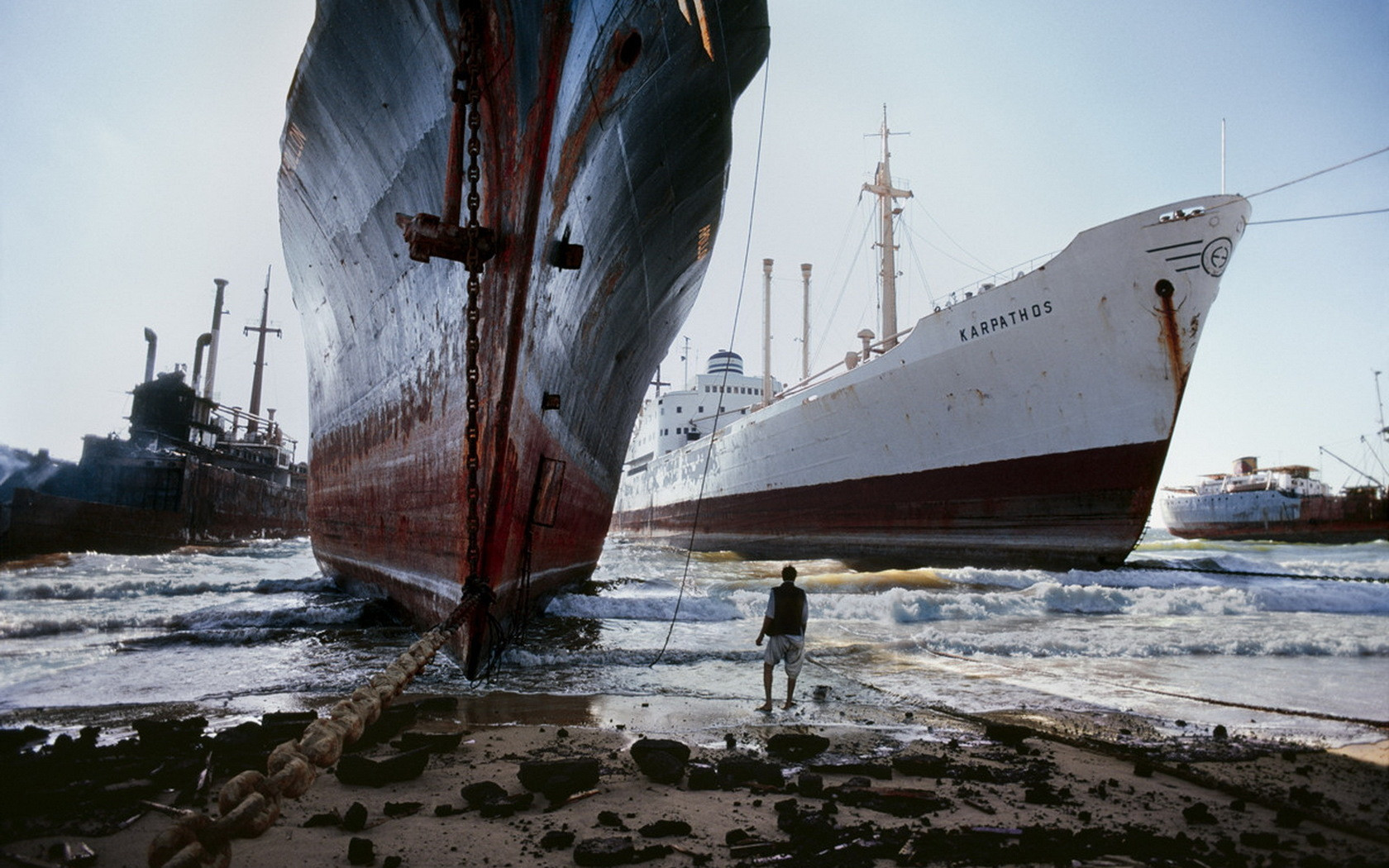 On 27 August, according to trade unions, Naago Singh lost his life while working at Shri Gaitam Ship Breaking yard, located on the beach of Alang, India. Four days later, workers Budhabhai and Ali Ahmed died at Alang yard Honey Ship Breaking, owned by RKB Group. While cutting the cruise ship OCEAN GALA (formerly known as MS Scandinavia and MS Island Escape), they both fell and died on the spot. The OCEAN GALA was an iconic vessel, having featured in TV documentaries and been previously owned and/or operated by well-known companies such as DFDS, Royal Caribbean Cruises and Thomson Cruises during its 36 years of operational life. In 2018, after spending several months laid up in Dubai Khalifa, the OCEAN GALA sailed to Alang, where it was beached on 4 April.

No severe accidents were reported in Bangladesh and Pakistan. In Chittagong, a significant decrease in scrapping activities due to the monsoon season and increased pressure for safe working conditions from the Platform’s member organisations on local authorities, following the disastrous accident record of the first half of 2018, have no doubt contributed to a quarter with no recorded accidents. In Gadani, however, a fire broke out in July on the German-owned tanker ADA beached at plot 116. Luckily, the rescue team successfully evacuated all the workers from the ship. Activities at Gadani continue to take place in breach of decent working and environmental standards. This type of incident could have been avoided if the ban on dismantling oil tankers, which was placed following a series of accidents in 2016 and 2017, had not been lifted in April 2018.

In the third quarter of 2018, US, Greek and Indian ship owners sold the most ships to South Asian yards with 10 vessels beached each, followed by German and Singaporean owners. Industry sources report that the South Asian market received fewer vessels in the third quarter due to, inter alia, the monsoon season, Eid holidays and a decline in both steel prices and currencies.

Norwegian ship owners continue to sell ships for scrapping in South Asia. In June, Nordic American Tankers (NAT), incorporated in Bermuda and stock-listed in New York, reported the sale of eight ships for 80 million dollars. Three of these vessels ended up on the beach of Alang for breaking – five reached the beach of Chittagong. According to local sources in Bangladesh, the cutting operations of most of these ships have started without the required permission of the Department of Explosives and other relevant authorities. The NORDIC SATURN was delivered to Bangladeshi SNT Shipbreaking Yard, where one worker died last December. The NORDIC JUPITER and the NORDIC FIGHTER were also bought by yards with a particularly poor track record.

The Platform continues to closely follow the police investigations on the HARRIER, a Norwegian-owned ship that was arrested as the owners were attempting to illegally export the ship to Pakistan. After being held at a Norwegian port, the vessel finally got permission to be scrapped in Turkey and reached Aliaga in late August. Before arriving Aliaga, the Turkish authorities blamed the HARRIER for a 2,5 km range oil spill in the Izmir province’s coast line. Julia Shipping, the shell company established by cash buyer Wirana and responsible for the transportation of the ship, has allegedly been fined.

No ship had a European flag when it was beached last quarter. All ships sold to the Chittagong, Alang and Gadani yards pass via the hands of scrap-dealers, also known as cash-buyers, that often re-register and re-flag the vessel on its final voyage. Grey- and black-listed flags of convenience are particularly popular with cash-buyers, and more than half of the ships sold to South Asia this quarter changed flag to the registries of Comoros, Niue, Palau and St. Kitts and Nevis just weeks before hitting the beach. The high number of flag changes should induce serious concerns with regards to the effectiveness of legislation based on flag state jurisdiction only. These flags are not typically used during the operational life of ships and offer ‘last voyage registration’ discounts. They are grey- and black-listed due to their poor implementation of international maritime law.