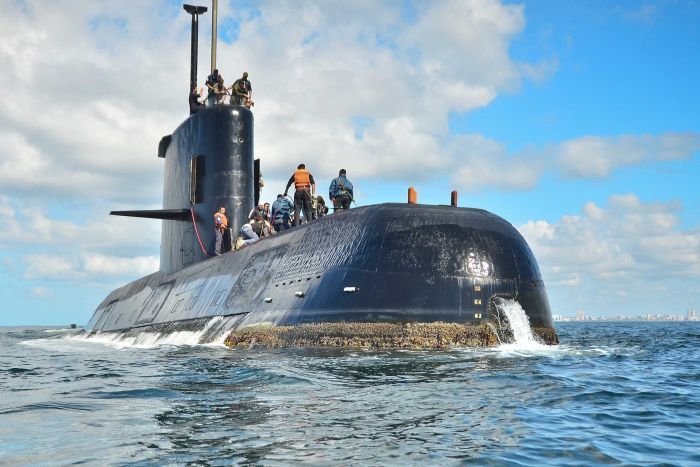 Ocean Infinity, the seabed exploration company, confirms that it has found ARA San Juan, the Argentine Navy submarine which was lost on 15 November 2017.

In the early hours of 17 November, after two months of seabed search, Ocean Infinity located what has now been confirmed as the wreckage of the ARA San Juan. The submarine was found in a ravine in 920m of water, approximately 600 km east of Comodoro Rivadavia in the Atlantic Ocean.

“Our thoughts are with the many families affected by this terrible tragedy. We sincerely hope that locating the resting place of the ARA San Juan will be of some comfort to them at what must be a profoundly difficult time. Furthermore, we hope our work will lead to their questions being answered and lessons learned which help to prevent anything similar from happening again.

We have received a huge amount of help from many parties who we would like to thank. We are particularly grateful to the Argentinian Navy whose constant support and encouragement was invaluable. In addition, the United Kingdom’s Royal Navy, via the UK Ambassador in Buenos Aires, made a very significant contribution. Numerous others, including the US Navy’s Supervisor of Salvage and Diving, have supported us with expert opinion and analysis. Finally, I would like to extend a special thank you to the whole Ocean Infinity team, especially those offshore as well as our project leaders Andy Sherrell and Nick Lambert, who have all worked tirelessly for this result.”

Ocean Infinity used five Autonomous Underwater Vehicles (AUVs) to carry out the search, which was conducted by a team of approximately 60 crew members on board Seabed Constructor. In addition, three officers of the Argentine Navy and four family members of the crew of the ARA San Juan joined Seabed Constructor to observe the search operation.

Ocean Infinity had committed to conduct the search operation for up to sixty days, and to take on the economic risk of the search, only receiving payment if the submarine was found.

Ocean Infinity’s permanently mobilised ocean search capability is the most technologically advanced in the world. Their AUV’s are capable of operating in water depths from 5 meters to 6,000 meters and covering vast areas of the seabed at unparalleled speed. The AUVs are not tethered to their host vessel during operations, allowing them to go deeper and collect higher quality data for the search. They are equipped with a variety of tools including side scan sonar, a multi-beam echo-sounder HD camera, and synthetic aperture sonar. In addition, from the host vessel, Ocean Infinity is able to deploy two work class ROVs and heavy lifting equipment capable of retrieving objects weighing up to 45T from 6000m.